Intrauterine devices or IUDs have become extremely popular since they are effective, long-lasting, and require low maintenance to avoid pregnancy.

IUD is a small and T-shaped device inserted into the uterus of a woman to prevent pregnancy. It usually and should be administered by a health care provider for safety. This kind of plastic and flexible device fits properly into the uterus at the time of usage.

TIP: Talk to your gynaecologist for getting a coil fitting when you suffer from heavy and painful periods. It is also a suitable option for women who have not had any pregnancies.

Table of Contents hide
1 Two kinds of IUDs You Should Know
1.1 About non-hormonal IUDs
1.2 About hormonal IUDs
2 Here are 7 Reasons Why You Should Consider Using IUDs
2.1 Reason 1: IUDs are very effective
2.2 Reason 2: IUDs require low maintenance
2.3 Reason 3: Few hormones mean less concerning side effects
2.4 Reason 4: IUDs are really economical
2.5 Reason 5: You will have a quick return to fertility
2.6 Reason 6: IUD is safe to use
2.7 Reason 7: The most knowledgeable people use it
3 Final Word
3.1 Share To Your Social Friends:
3.2 Related Stories You May Like:

Two kinds of IUDs You Should Know

There are two kinds of IUDs you should know.

Both kinds of IUDs work almost exactly the same. They start a local inflammatory response that can kill the sperm and thus, avoid fertilization from taking place.

From the term itself, this kind of IUD does not use hormones.

It is a long-lasting reversible birth control method available that remains effective for at least 10 years.

With Paragard, you will have your monthly periods that can be crampier and heavier than what you have been used to as your body adjusts to this kind of device.

If you are looking for a non-hormonal method and want to have your period, then this is the right method for your case.

Hormonal IUDs use the hormone Progestin to prevent pregnancy

Both Mirena and Kyleena that last for at least five years while Liletta and Skyla that last for three years produce a low dose of hormone progestin present in the birth control pills.

Like different kinds of birth control pills, they do not have estrogen in them. Progestin thickens cervical mucus that forms a barrier for the entry of sperm and prevents the process of ovulation in some women.

This might lead to lighter periods and stop menstruating that is completely safe. Just like other forms of oral contraceptives, the progestin present in the IUDs can be delivered locally which is related to fewer side effects.

Here are 7 Reasons Why You Should Consider Using IUDs

Read more below to know why different health care providers choose IUD as the gold standard for birth control and why you should consider using it.

The IUD is among the most effective kinds of birth control present in the market. So, the pregnancy rate for intrauterine device users is not more than one percent which is extremely effective as tubal ligation or “getting your tubes tied.” Due to this reason, it has been suggested as a suitable option for tubal ligation since it offers the advantage of easily reversible.

IUDs usually require low maintenance and can help to improve your sex life. Having an IUD means you do not require taking your daily pills, weekly change of Ortho Evra patch, or monthly change of NuvaRing and there isn’t any loss of spontaneity when finding a condom.

Birth control methods consist of estrogens such as the Ortho Evra patch, NuvaRing and most of them can be contraindicated in some women.

This will include women who are suffering from hypertension, increased risk for blood clots, certain kinds of migraines, and women who smoke or are at greater risk for cardiovascular disease.

As the IUD does not have estrogen, it is said to be a low-risk option. Besides, some side effects of oral contraceptives are bloating, nausea, breast tenderness that is less common with an IUD.

IUDs can be said to be the least expensive birth control method available. Just like other methods, the IUD costs money upfront only. If you do not have any insurance, then the price of IUDs will be $500 to $1,000 which is affordable in due course.

For Paragard, the initial cost is generally lower than 10 years of monthly birth control prescriptions and the upfront cost might be even lower due to IUDs covered by other insurance plans.

Many women who might be using these hormonal IUDs can stop menstruating while the IUD remains in place that can add up to cost-savings so that you do not need to purchase pads or tampons.

Reason 5: You will have a quick return to fertility

The IUD may be removed at any time by your health care provider and fertility will get back to normal soon.

They are safe for teenagers and women who do not have children – Earlier, IUDs had a bad reputation but a device known as the Dalkon Shield became recognized when it was discovered to have design flaws that made it an inappropriate option for the adolescents and thus, increased risk of infection as well as infertility in women.

Reason 6: IUD is safe to use

Recent evidence suggests that today’s IUDs such as – Paragard, Kyleena, Mirena,  Liletta, and Skyla are a safe option for most women including teenagers, women who want to get pregnant in the future, and women who have several sex partners.

If you are at greater risk of getting sexually transmitted infections, then your health care provider will suggest a different method since the contraction of infection requires removing an IUD.

According to The American College of Obstetricians and Gynecologists, IUDs are a safe and effective method of birth control for most women.

Reason 7: The most knowledgeable people use it

IUDs are said to be a popular option for female health care providers who offer counseling related to family planning, such as gynaecologists, obstetricians, midwives, and nurses.

As per a recent study published in Obstetrics & Gynecology, the health care providers have surveyed that nearly 40 percent have used IUDs for contraception.

This has been contrasted with just 6.3 percent of women among the population who had either used an IUD or implant for birth control.

Are you looking for some help to decide if IUD is the right option for your case? You need to get in touch with a private gynecologist and know all your possible options through phone or in person.

Do you like what you have read about the “7 Reasons Why You Should Consider IUD (Intrauterine Devices)“? If so, please comment down below. We would love to hear your thoughts about this. 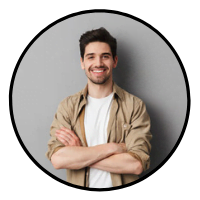 I am a writer by profession from London, the UK. I love to provide valuable information to the readers about health, lifestyle and home improvement etc through my blogs. I utilise my leisure time by researching new things online to gift you.