Everyone feels tired after a certain point of time during the day. Maybe it’s due to the stress at work or if you’re pulling off an extra night due to some project or something.

While often not considered a major cause of concern, feeling excessively sleepy during the day can mess with your work, relationships, and your daily life.

There are various reasons why you might be feeling extremely sleepy and find yourself in a drowsy state all day.

Certain sleep disorders such as sleep apnea and narcolepsy can affect your sleep-wake cycle of the body and lead to daytime sleepiness.

While there are medications such as Modalert 200 mg (that contain Modafinil) that help to treat these problems effectively, it becomes essential to address the problem before a treatment option can be decided.

Sleep Apnea is a sleep-related disorder in which a person stops breathing during sleep. It is considered as one of the most common causes of excessive daytime sleepiness.

There are two types of Sleep Apnea. These include:

There can be cases where people experience both OSA and CSA together.

Some common symptoms of sleep apnea include loud snoring, gasping for air while sleeping, attention problems, and waking up with a sore throat or headache.

Since a person’s body becomes temporarily starved of oxygen, this can often lead to an irregular heartbeat. Thus, it can cause chronic disorders such as high blood pressure and heart disease when left untreated.

Treatment for sleep apnea includes the use of positive airway pressure devices and oral appliances. These devices prevent the throat from collapsing and blocking the airways.

An irresistible urge to move legs when they are at rest is a condition known as Restless Legs Syndrome (RLS). A condition such as RLS makes it difficult to sleep and can happen even when a person is awake.

A throbbing or itching sensation in the legs that gets better only when you get up or walk is an indication of RLS. It makes it difficult to sleep and the person feels fatigued the next day.

It is believed that around 10% of the population is affected by this problem. While the exact cause is not clear, scientists believe that it could be caused due to low iron or due to abnormalities in the neurotransmitter dopamine.

Treatment for Restless Legs Syndrome involves making lifestyle modifications such as adopting good sleeping habits, exercising regularly, and putting an end to smoking. A leg massage or warm bath before bedtime can also be helpful.

In severe cases, medications to regulate dopamine and iron levels may be prescribed.

If you’re taking too much stress or suffering from depression, it can cause sleep issues and lead to excessive daytime sleepiness.

Fatigue and daytime tiredness are common issues that people with depression struggle with.

Treatment for depression includes counseling and drug therapy. Antidepressants such as SSRIs may be prescribed to balance the serotonin levels in the brain.

Narcolepsy is a neurological disorder that causes a person to sleep suddenly and at inappropriate times.

People may sleep fine at night but still struggle to stay awake during the day. People with such a condition often suffer from symptoms such as sleep disturbances, sleep paralysis, and hallucinations. It often tends to develop between the ages of 7 and 25.

Treatment for Narcolepsy includes stimulant drugs, also known as wakefulness-promoting agents such as Waklert 150 mg (that contain an ingredient known as Armodafinil) that help the person stay awake. Antidepressants may be prescribed to control hallucinations and sleep paralysis.

Insomnia is a condition in which people have difficulty sleeping. People suffering from insomnia find themselves in a drowsy state but are unable to sleep.

People often experience insomnia in different ways such as being unable to sleep, frequently waking in the middle of the night, and waking up very early in the morning and finding trouble sleeping again.

While it is difficult to diagnose, treatment for insomnia includes antidepressants, sedative-hypnotic medications, and behavioral techniques.

Aging is not just related to the greying of hairs and wrinkles on the face. Aging brings a lot of problems with it if a healthy lifestyle isn’t followed. Sleep is one such thing.

While older people spend most of their time in bed, studies show that they get the lowest quality of sleep. As a person ages, he tends to experience less time in the deeper stages of the sleep and finds himself often waking up in the middle of the night. This leads to daytime sleepiness the following day.

Certain medications can cause drowsiness and result in daytime sleepiness.

If you experience daytime drowsiness due to certain medications, consider talking to your doctor about it. He may recommend a change in medication or its dosage.

Shift Work Disorder is a circadian rhythm disorder that occurs as a result of a change in the work shift.

People who work in night shifts, early morning shifts, or rotational shifts often find themselves dozing off at the work table or behind the wheel. Jobs that require high levels of concentration can lead to accidents. Security guards and truck drivers are mostly affected by this type of condition.

Treatment for shift work disorder includes making lifestyle modifications such as wearing sunglasses while going out in the sun (to prevent the biological clock from getting activated), switching off digital devices an hour before sleep, and taking stimulant drugs.

An online healthcare platform such as Hisblue can help you get the desired treatment for shift work disorder.

A condition such as nocturia can cause a person to urinate frequently in the middle of the night.

It affects 1 out of 3 older adults and 1 out of 5 younger people. This can result in sleep disruptions and make a person feel sluggish the next day.

Sleep is an indispensable part of our lives. The American Academy of Sleep Medicine suggests that adults need 7-8 hours of sleep to feel alert and productive during the day.

A person who doesn’t get enough sleep during the night might struggle to stay awake the next day.

Sleep deprivation can also be a result of failing to prioritize sleep. Some people may stay up late to watch a TV series or wake up early to hit the gym. When sleep isn’t one of their priorities, they end up feeling exhausted and drowsy the next day.

Excessive daytime sleepiness is normal. It usually happens after a night of poor and insufficient sleep. However, a persistent feeling of sleepiness every morning could be a symptom of a sleep disorder (like our list above) or some other underlying health condition.

Anyone who regularly experiences excessive daytime sleepiness should visit their doctor for a diagnosis. Treating the underlying cause can improve sleep quality, and it may reduce the risk of other health complications.

In addition, a simple lifestyle change can also help solve the sleep problem. So, make sure you do proper exercise, eat healthy food, and for the better try to sleep on time.

Also Read: Get Rid Of Heartburn By Changing Your Lifestyle

Do you like what you have read about “Why You’re Tired: 10 Reasons for Excessive Daytime Sleepiness“? If so, please comment down below. We would love to hear your thoughts about this. 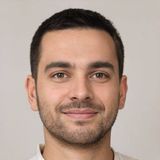 William Henderson is a professional therapist and physician based out of Chicago. He specializes in multiple areas such as men’s health, psychotherapy, etc. William runs a small clinic in his neighborhood and is currently working with Hisblue as a Health Consultant.

His hobbies include swimming, reading books, and writing journals and blogs.